All Creatures Great And Small

Without the hiking, my Teton summer was mostly about critters.  I spent most of the time sitting on a rock at String Lake, reading.  That quiet time brought a number of critters fairly close.  For example, a chipmunk ran over my shoe.  They skitter around so much that it was several more days before I was able to get a pic of it.

While this squirrel did not get closer than about 6 or 7 feet, that was close enough, once it sat still. 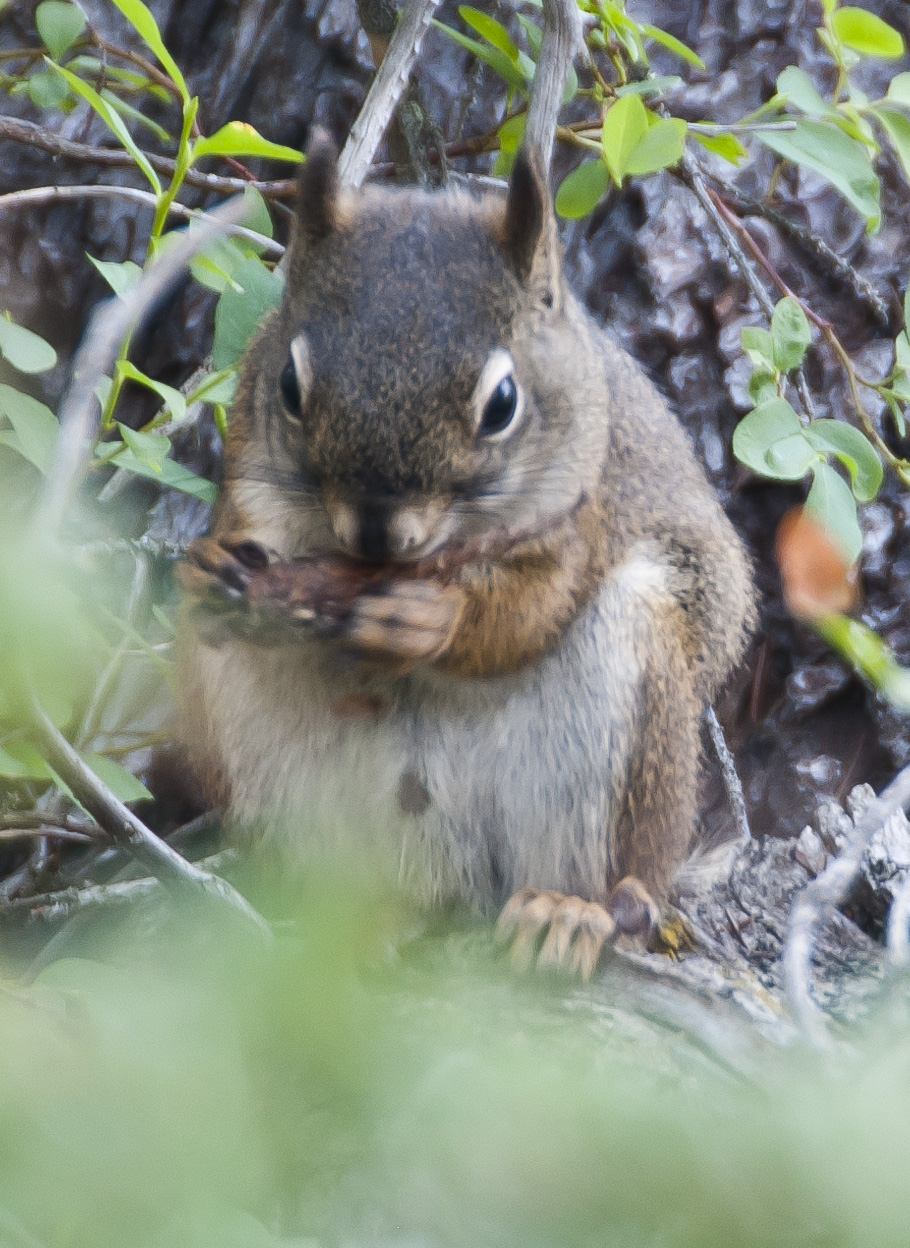 On the way there, and on the way back, critter sightings became common.  A doe had three fawns following her around.  This one wandered away a bit.

Wandering fawns are not a good idea.  Predators, like this coyote, abound.

Near my boondocking site, Ospreys had a nest and I got to watch the babies grow. 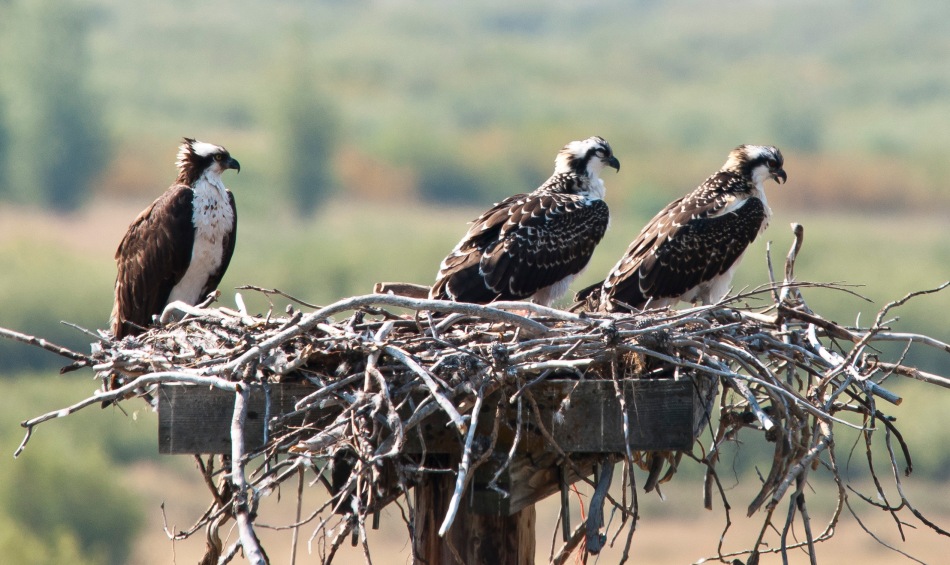 The view at String Lake was different.  I’m repeating myself here, but… One day, I heard a mid-air argument between an osprey and an eagle.  The osprey had a fish, almost as big as it was.  The bald eagle thought it should belong to him, and an aerial duel commenced.

The osprey consistently out-turned the eagle, even burdened with that huge fish.

Eventually the eagle gave up.  The osprey flew off to the southeast, right over me, with a meal that would certainly nourish some fledglings.

Deer were pretty common, and pretty accustomed to people, at my spot at String Lake.  A few years ago, ons actually stepped across my outstretched legs as it was browsing.  This doe first noticed me as it was coming south toward me.

She passed behind me, to the east, then came closer.

Finally, she was within 6 feet of me. 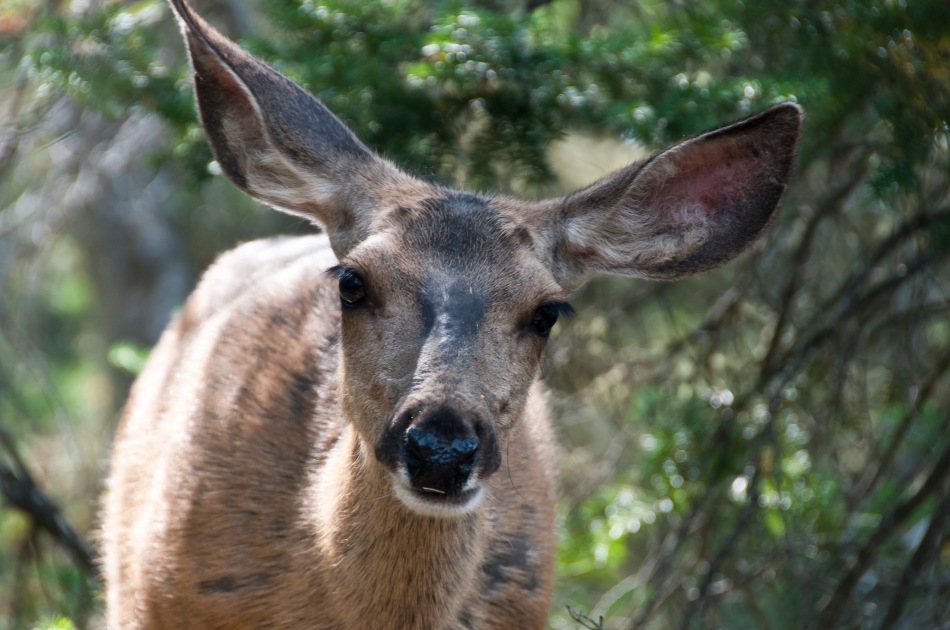 Elk frequent the area.  This one was on the far side of the lake, and seemed to be aware but unconcerned about boaters.

A few weeks ago, I was reading when I heard a splash.  A large black bear was entering String Lake, perhaps 100 feet south of me.  By the time I got to my feet and grabbed my camera, it was moving across and was behind some trees.  I moved south and got a few pics of its retreating back. 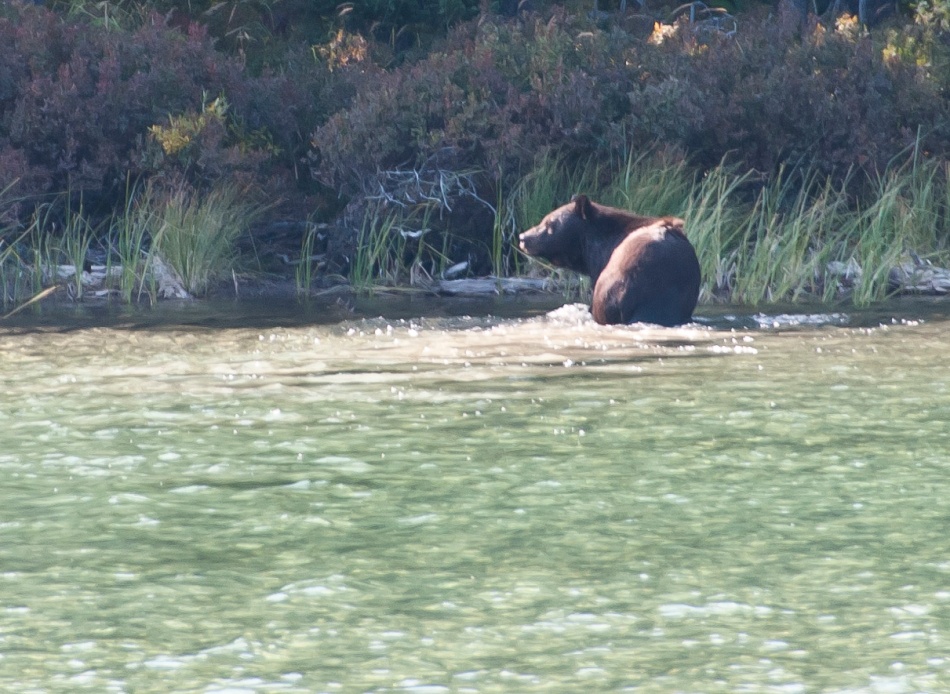 Bucks, whether deer or elk, are harder to spot.  These were shot from the car as I was leaving String Lake. 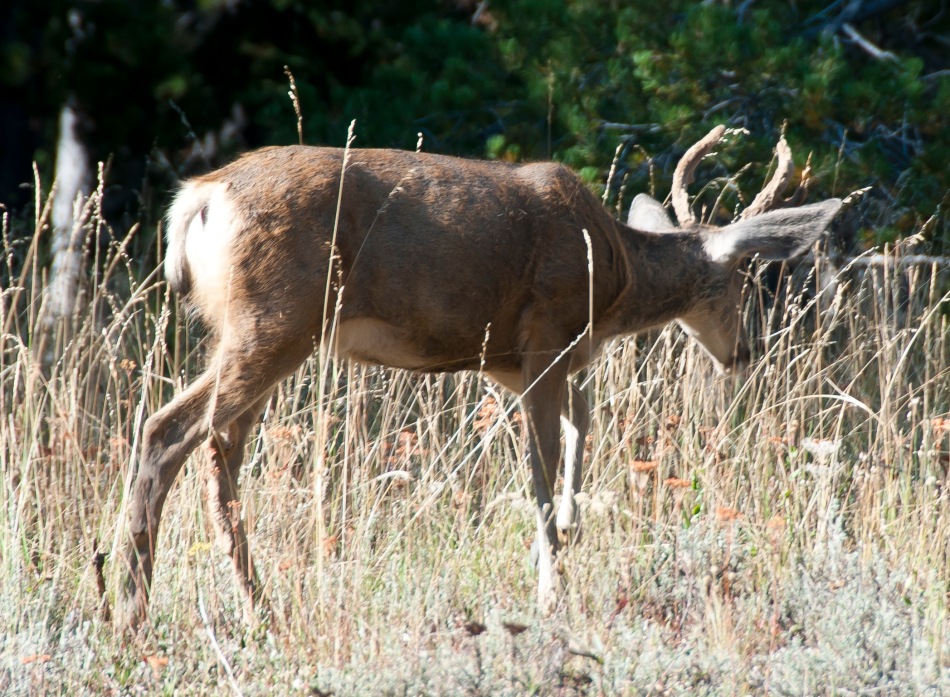 The Inner Park Road is set in flat prairie, and pronghorns can often be seen, but they rarely are this close to the road. 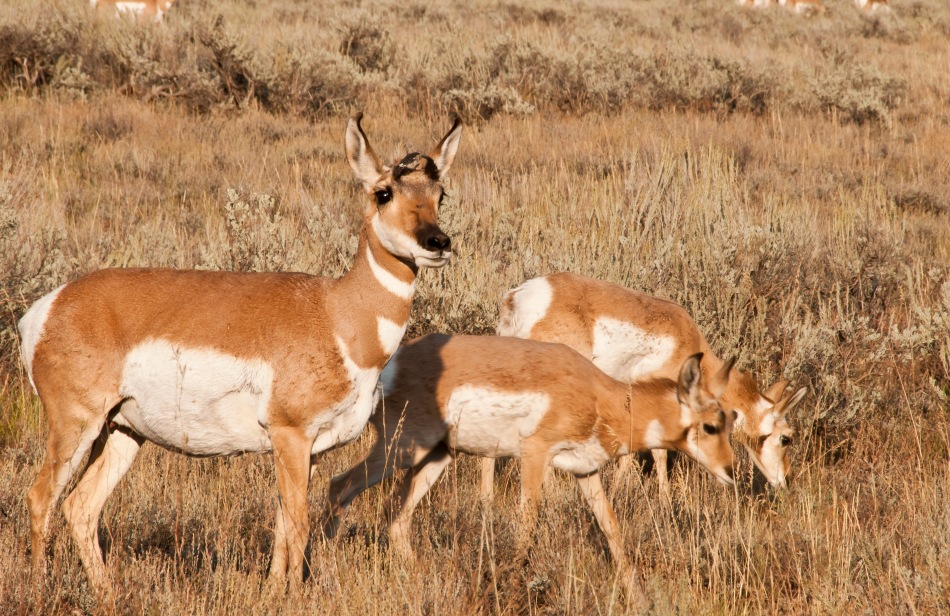 This half grown one seemed to pose for me.  I was on the shoulder of the southbound side and it was on the road edge on the northbound side.

A bit further south, on another day, I saw a lot of parked vehicles, people with cameras, and stopped bicyclists.  It turned out, a black bear with three cubs had just crossed the road and was heading off toward the woods. 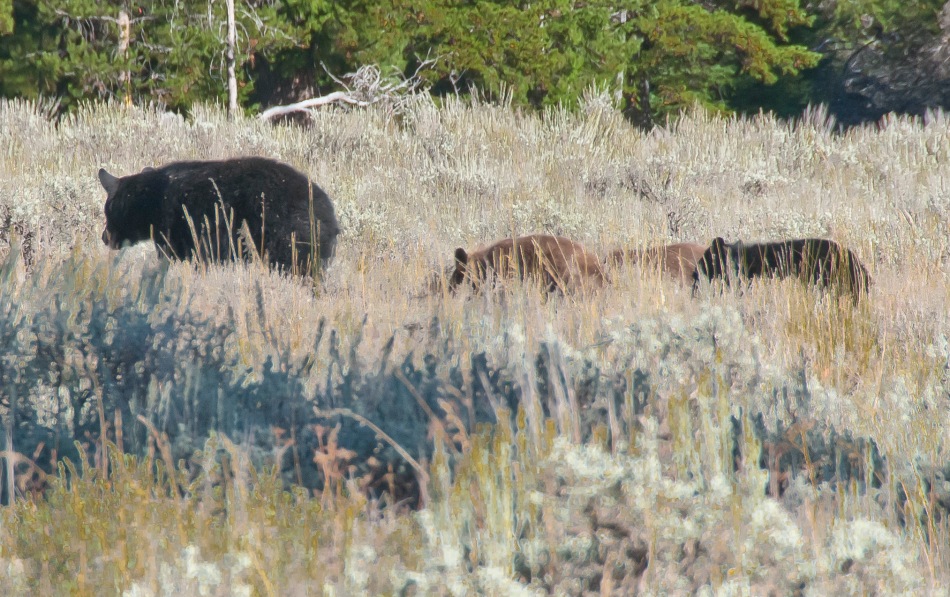 After I left them, I continued south to the village of Moose.  Just after the Park entry gatehouse, at the edge of the village, was a moose. 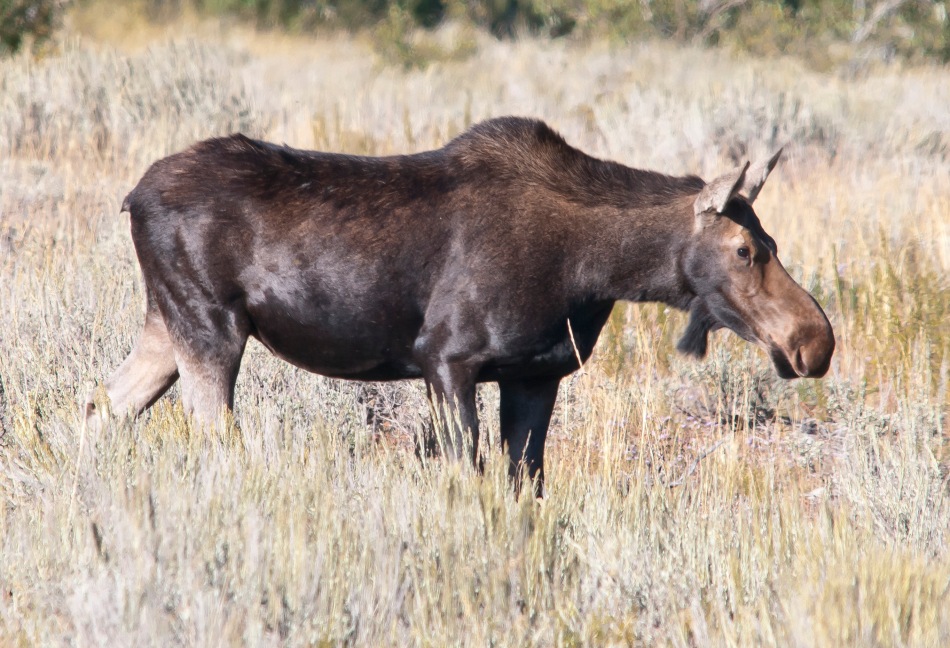 I only saw the calf with her after she took off.

But – the biggest critter here, and actually the most dangerous, in part because tourists don’t respect them, is the bison.

All in all, my very sedentary and frequent presence yielded quite a few wildlife encounters.  It was a good summer.

This entry was posted on September 22, 2018 by kfears70s. It was filed under Uncategorized .