After my flurry of Christmas woodworking projects last summer and fall, I was chatting with my cousin and she admired the boxes I had made for her grandchildren.  The conversation led to her saying she would love something like that.  So, I made her a jewelry box with a walnut case and cedar trays. 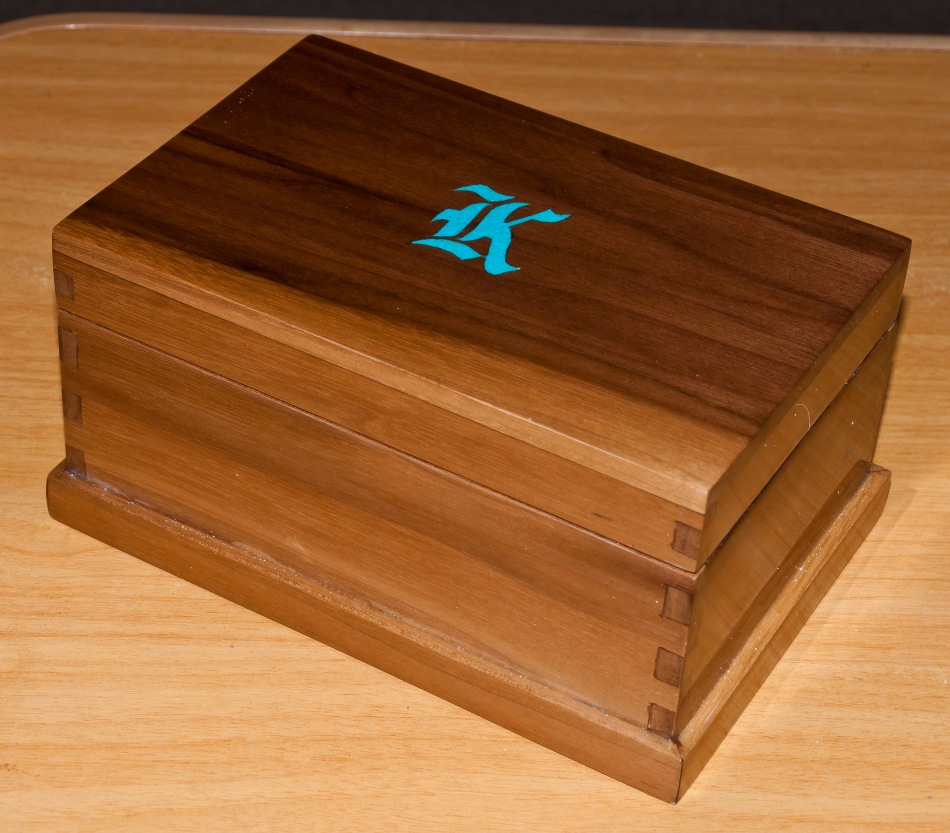 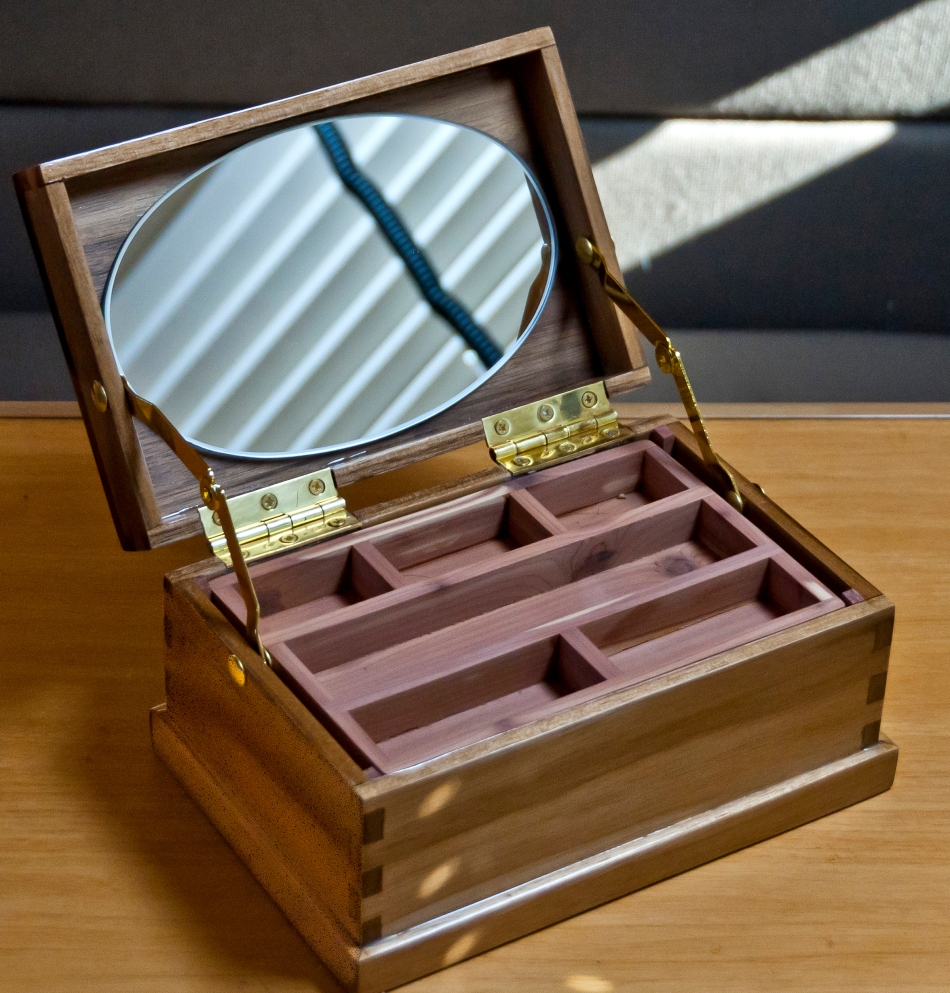 Then, in April, my sister-in-law reached out to me. She had a mahogany salad bowl.  On the bottom, it said, “To clean, use damp cloth only.”  She forgot and washed it in warm, soapy water.  The result was a finish that was destroyed and a seam that opened for several inches.  She wondered if I thought I could repair it.

I asked for pictures, and got them. 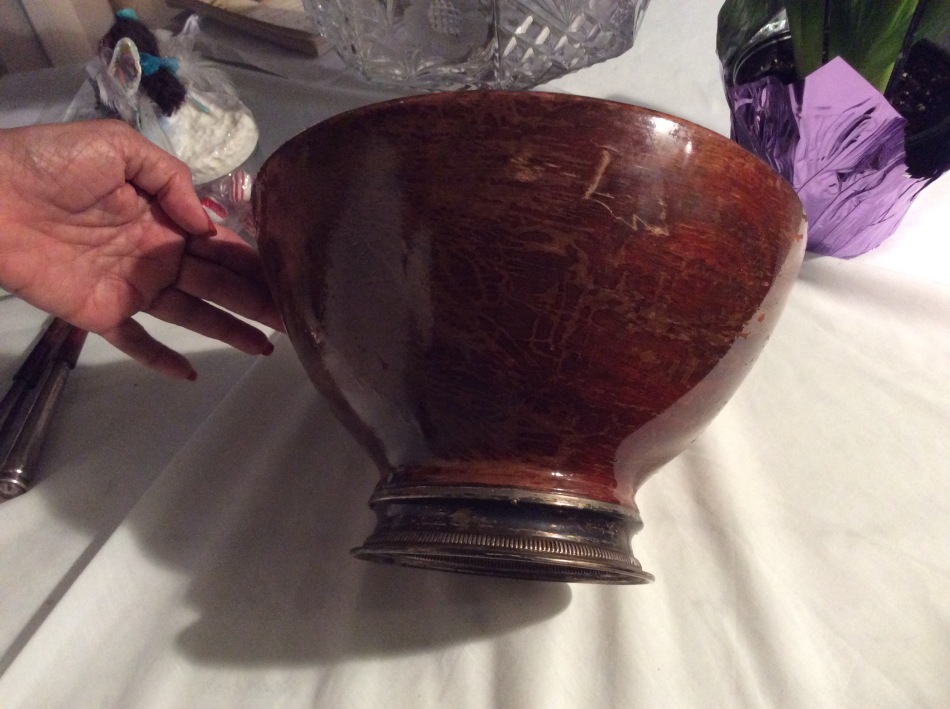 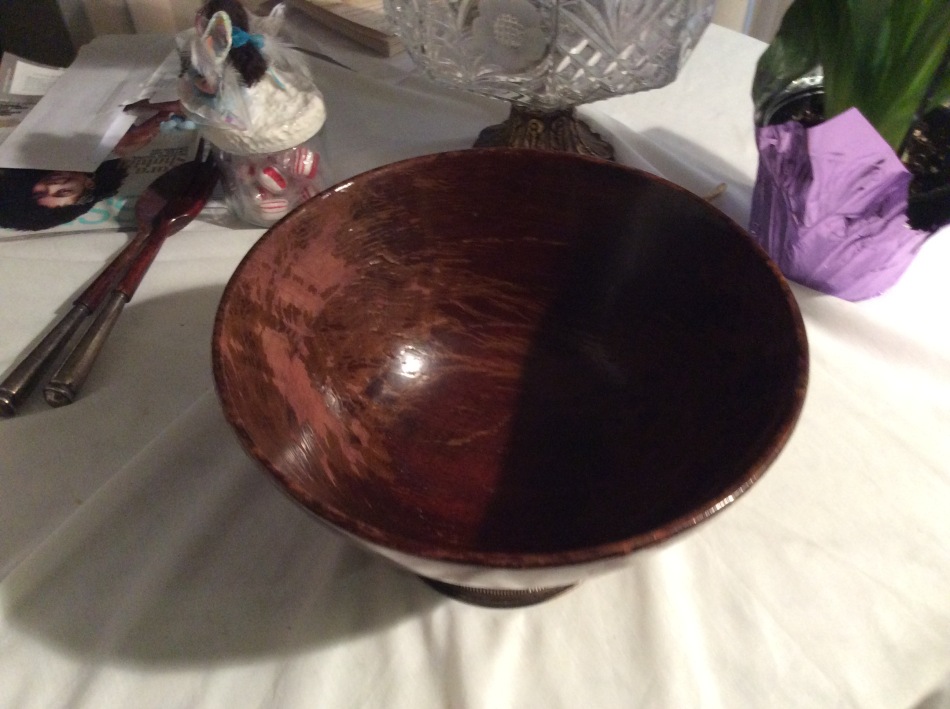 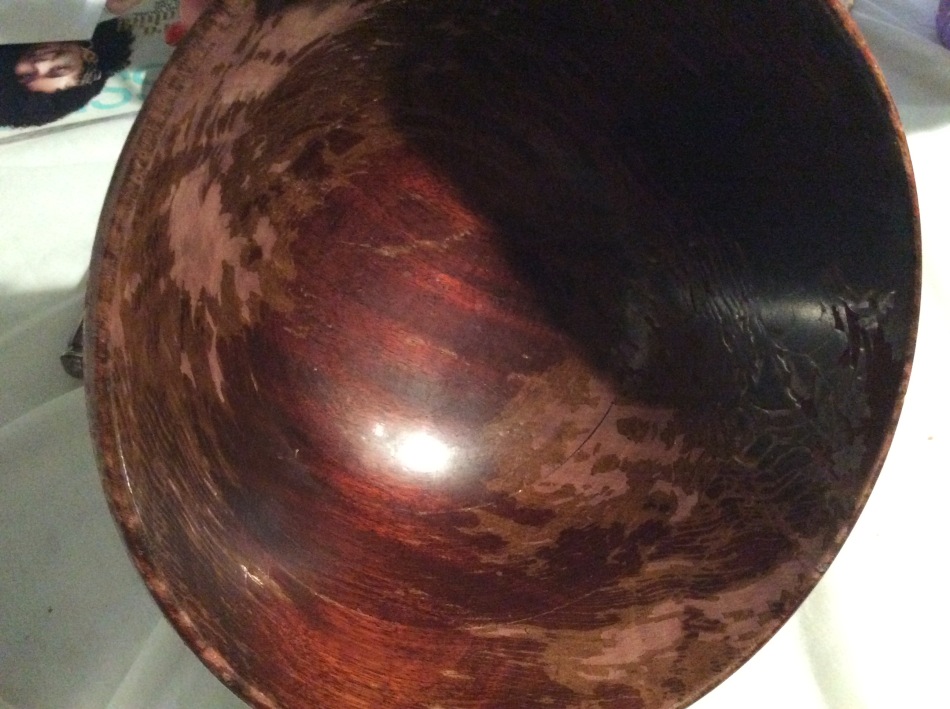 I wanted to try.

The bowl had a silver base and the utensils had silver handles.  I could work around the handles, but not the base.  My brother has some experience working with silver, so I had him remove the base.  She sent the bowl and its fork and spoon to me, and I began by sanding off the old finish and examining the failed seam.  I cleaned it as best I could, then set up blocks so I could use my clamp to pull it closed.

I mixed up some epoxy, worked it into the seam and a crack at the end that I found with the finish off.  I got a reasonably good closure of the seam and crack – not perfect, but what in this world is?  (The black markings are on the photo, not the bowl.)

I sanded it “smooth”, with 120 grit paper.  I was surprised that the fork was a much lighter tone than the spoon or the bowl.  I thought about a stain, but I wanted to keep all finishing materials “food-safe”, so I decided not to try to match the fork’s color.  I was ready to start applying the finish, a General Finishes Oil-based Salad Bowl finish, food-safe when dried, and safe to wash.

The bowl finish directions said not to go finer lest it reduce the finish penetration.  The first coat came out REALLY rough, so I sanded the surface until I was just getting to bare wood again, then worked up to 220 grit.  Another coat, much better.  I sanded with 320 and did a third coat.  It was not smooth.  The finish had a tendency to go on unevenly unless the brush was pretty wet, and a wet brush caused sags and runs in the finish. So I gave it some thought.  I used 320 again.  I then used VHB tape to attach a wood block with a dowel in it to the base, chocked the dowel into my drill, and used the drill to rotate the bowl smoothly as I added the fourth coat with a wet brush.  With the drill, I kept the bowl turning slowly so there would be no drips or sags.  It worked. 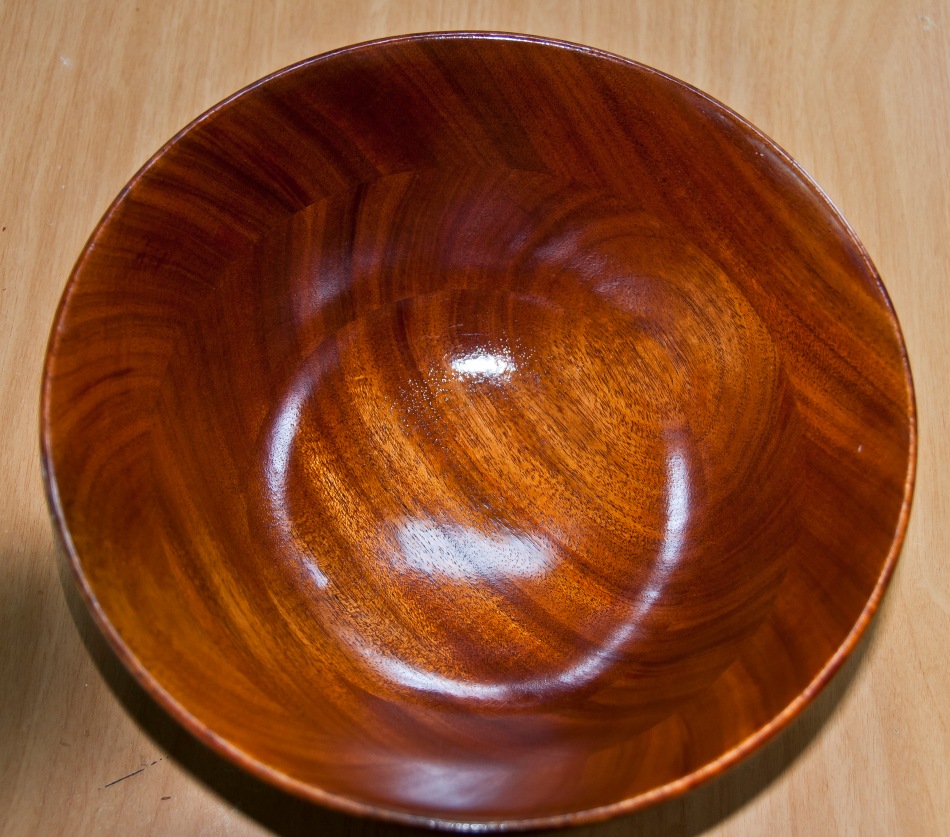 Its colors change with the light and the angle of view.  The grain shows nicely, but was hidden before.  The opened seam and crack are all but invisible.  I’m pleased.

It is on its way back to her.  She does not have to worry about washing this finish, and it is safe for food contact.

This entry was posted on June 4, 2018 by kfears70s. It was filed under Uncategorized .